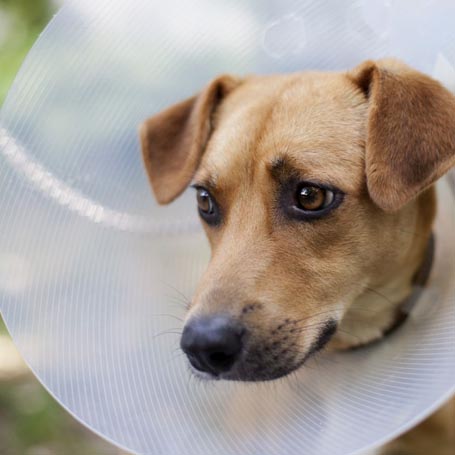 According to a recent report released by the American Humane Society, animal shelters across the country euthanize 2.4 million healthy dogs and cats each year due to pet overpopulation. No one steps forward to adopt these animals in the organization’s time limit and a staff member has to euthanize him or her to make room for other homeless pets. This equates to one healthy animal losing his or her life every 13 seconds in America alone.

While this is a sad and frustrating statistic, it’s also preventable with spay or neuter surgery. Neutering a male pet means he can’t impregnate a female while a spay surgery in females renders them infertile.

What Happens During a Spay or Neuter Surgery

The first thing Dr.Gyzcki does when a female pet undergoes spay surgery is to provide her with anesthesia to put her into a deep sleep. The veterinarian then removes the ovaries and uterus through an opening in the dog or cat’s abdomen.

After a male pet has received anesthesia for a neuter surgery, Dr.Gyzcki makes a small cut in the front of his scrotum. The veterinarian then removes each testicle and ties off the vas deferens that produces its blood supply.

Veterinary staff here at Cochrane Animal Hospital carefully monitors a pet’s heart and breathing rate throughout the procedure. They also provide pet owners with home care instructions once the pet comes out of surgery.

An unaltered female cat may go through several heat cycles each year. Intact female dogs usually go into heat two times each year. A cat becomes fertile well before she reaches one year old, which means she could produce dozens of litters of kittens during her lifetime. Cats in heat have loud vocalizations and can act aggressively to try to gain the attention of male cats.

Spaying a dog reduces her desire to roam free. If an unneutered neighbor male dog gets near a spayed female dog, he won’t attempt to mate with her. In addition to preventing litters of puppies and kittens that may not find a home, spaying a cat or dog decreases her risk of developing uterine, ovarian, and mammary gland cancer. The risk decreases the most for dogs and cats who have the surgery before they would have gone into heat for the first time.

Both dogs and cats can engage in aggressive behavior and roaming when they have not yet undergone the neutering procedure. The aggressiveness can surprise their human family when the dog attempts to bite or even act in a sexual manner towards people. Unneutered pets also spray their urine to claim a territory as their own. This odor is not only extremely unpleasant, it can be difficult to eliminate as well. After neutering surgery, the risk of testicular or prostate cancer in male pets drops significantly.

Neutering or spaying a pet increases his or her lifespan by an average of three to five years. One last thing to consider is that people with altered pets make better neighbors and are less likely to encounter the dangers of roaming because their pets are much more likely to remain in the home or yard.

Call us at (408) 778-7783 with any questions you have about spaying or neutering your pets with Cochrane Animal Hospital.

Find us on the map